What is the story of Trinity Episcopal Church? 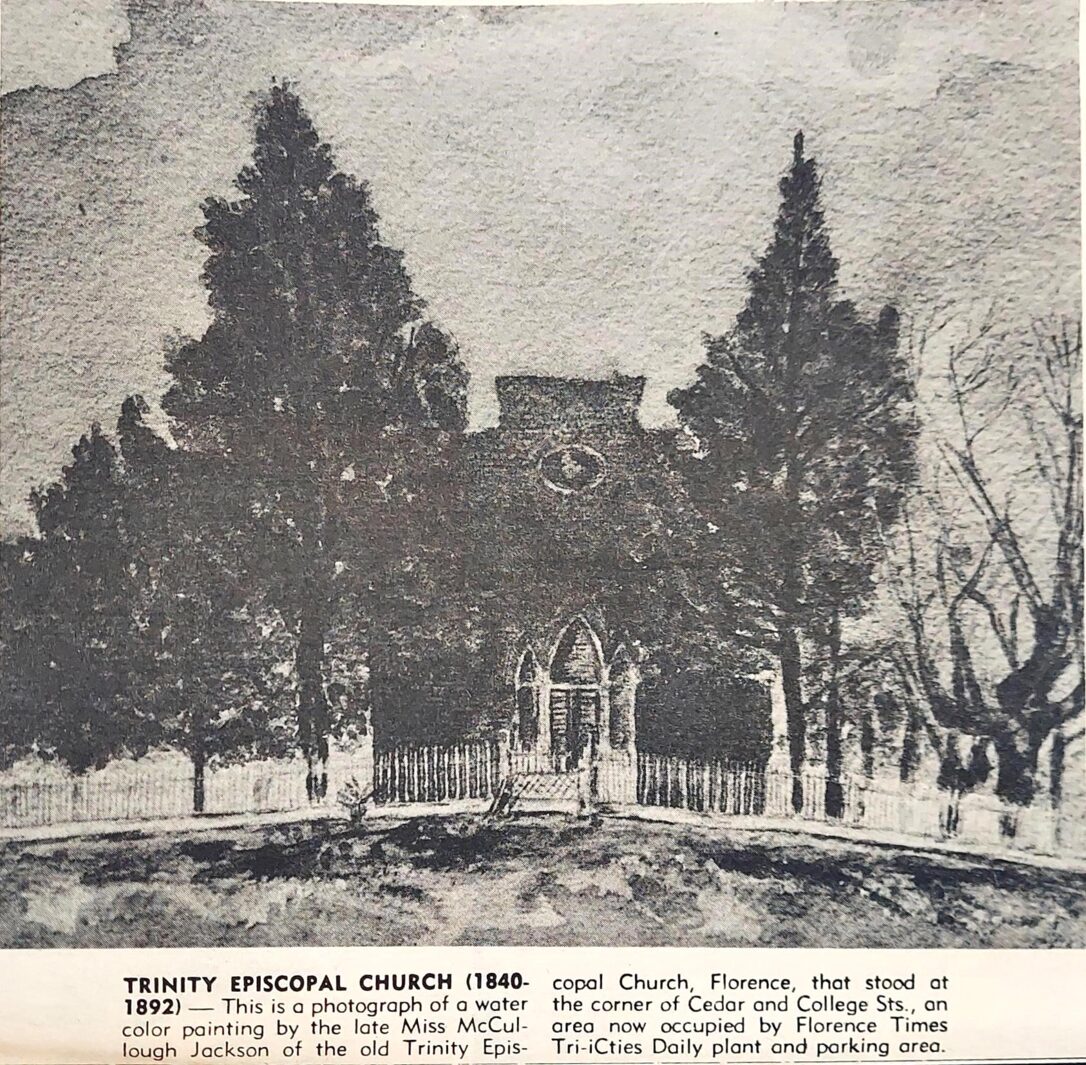 Trinity Episcopal Church began as part of a missionary movement in the late 1700’s. The first sixteen ministers of the church were missionaries from this movement. Most of the early information about Trinity and the early ministers who served it has come from the missionary publication called The Spirit of the Missions. The Reverend William Spencer Wall is listed in the first Parish Register of “Trinity Church” as having services in a building where he taught school in Florence.  The Rev. Wall is credited with having the second school in Florence. As stated on the historical marker that stands outside the church building, Reverend Cook organized “Trinity Episcopal Church” in 1836.

Many remember and were nurtured on the brilliant mind and long and illustrious tenure of The Rev. Dr. Edward G. Mullen.  Dr Mullen was an outstanding preacher, teacher, theologian and pastor, as well as a popular figure in the community. Serving Trinity Church as Rector from 1943 through the early 1970’s, he remained Rector Emeritus after retirement until his death in 1994.  There are many “Mullenites” remaining at Trinity, and mention of the venerable old rector brings a smile to every face.

Established in 1836, Trinity is the oldest parish in the Tennessee Valley.  For more information about its unique place in the Diocese of Alabama, check out Mary Holland Lancaster’s history of the parish… “Gathering Up Our Sheaves With Joy: A History of Trinity Episcopal Church 1824 – 1976, Florence, Alabama.”  Copies are in the Library and are available for purchase as well.